Observing the writing on the wall

Every year during Yom Hashoah, or Holocaust Day, a siren sounds for two minutes, calling on us to pause in commemoration of the hatred perpetrated against the Jewish people during the days of the second World War.  The siren implores us to never forget the six million who were killed.  When the wailing of the siren eventually stops, folks who stood frozen in reflection resume their day.  This is the moment when I feel the most sorrow, concerned that the lessons will not again be addressed until next year.  In the past year, we’ve been witness to numerous examples of the demonization of minority communities, especially, and not surprisingly, of Jews.  The people who think history cannot repeat itself do not know their history.  Those we see these worrying trends have been powerless to fight them. 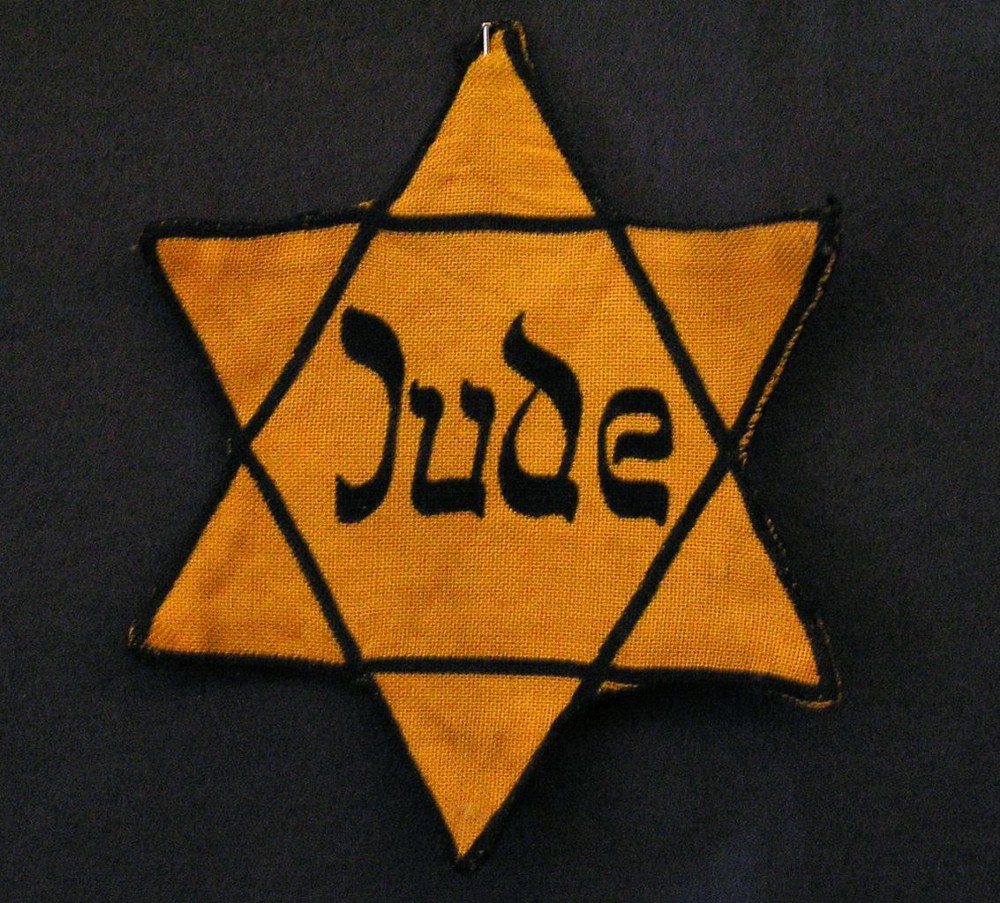 Anti-Semitism has been a phenomenon throughout the ages.  From the birth of the myths of the Jews as ruthless killers of Jesus with Jewish blood libel claims against Christians, to the stereotypes of Jews as either capitalist Shylocks or Marxist agitators, the Jewish community has been a convenient scapegoat for the ills of many societies.    Discrimination against the Jewish community continues today, with acts of hate directed at Jews in the suburbs of Paris to the metropolitan streets of New York.  And these trends have become the norm.  Defeated Far Right French Presidential Candidate Marine Le Pen just weeks ago minimized the role the French played during the Holocaust, denying that France was responsible for rounding up some 13,000 Jews at the Vel d’Hiv cycle track in Paris to be sent to Nazi death camps.  Le Pen received some 35% of the vote in the second round of the French elections.  It is frightening to speculate how many of her supporters share her thoughts on issues related to Jews.  And as we have witnessed in the US, anti-Semitism is not exclusive to the left or right.  We have seen swastikas written on walls, Jewish tombstones overturned in various cemeteries, and violent action perpetuated by both.

Recently, I saw the French film, Un Sac de Billes, a true story of a Parisian Jewish family’s quest for survival from the invading Nazi regime, as well as the collaborating French Vichy government.  While viewing the film, the audience is reminded that acts of hatred and intolerance do not begin and end with the Nazis or Vichy. The two Jewish brothers in the film are viciously teased at school by their own classmates when they arrive with the six-pointed, yellow star of David sown on their jackets.  Some of their friends and neighbors even resort to violence against them and blame them for the ills of society.

It is always when the subtle forms of anti-Semitism or intolerance begin to rise in a civilized society that disturbs me most in Holocaust films.  We know the ending of what took place during those times.  But today’s future has not been written yet-we only have the prevailing attitudes and thoughts of the day.  I would like to believe the world has become more tolerant as a whole, but we’ve seen the nature of frustrations and prejudices festering below the surface, how they can be fanned under the right circumstances. We’ve witnessed too many times the dark nature of mankind when members of society feel their backs against the wall in a real or imagined zero sum game of survival.  It becomes easy to blame, viewing everything as us vs. them, your child or mine.  And the manner in which to express these thoughts has morphed over time.  Kenneth Jacobson of the Anti-Defamation League recently said, “What has changed and made anti-Semitism a greater challenge in other ways are several factors that didn’t exist earlier: The loss of shame about anti-Semitism; a perfect storm of social, political and economic anxiety; the rise of populism; and the emergence of the Internet. All have combined to make anti-Semitism a global problem.”  The cases of verbal and visual anti-Semitism, specifically harassment against Jews on college campuses and online, have increased significantly over the past few years.

Recently, I came across the organization They Can’t, whose stated mission is to fight anti-Semitic hate speech prevalent on social media in order to help prevent a new generation of people who will vilify and demonize the Jewish community.  Its Belgian-Israeli founder Eliyahou Roth told me his story of attending one of the most prestigious schools in Brussels in his youth, with children of politicians and nobles.  He and his classmates would go to the neighborhood candy shop after school, owned by a shop-keeper who in wanting to treat each student fairly employed a strict ‘no free candy’ policy.  The man was dubbed ‘the Jew,” a name that stuck because of what these future leaders of Europe believed about him: he was stingy, he did not give anything for free, he only wanted their money, he was the Jew.  Similarly to Roth, I grew up strictly with non-Jews, and was shocked how little tolerance a number of my classmates had for Jews, even though many had likely never met one. And this was in very liberal and multi-cultural Chicago!  I could not imagine at the time how pervasive these ugly views were, and how they had festered from country to country across the globe for millennia. 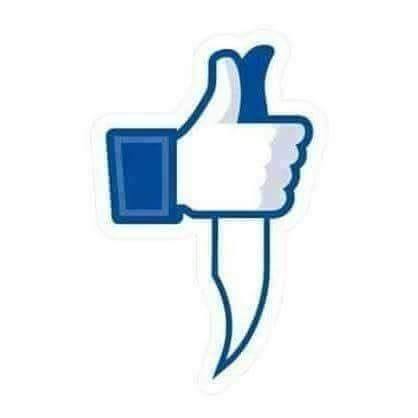 With that in mind, the organization They Can’t asks, “are we not obliged to fight against fake news, misrepresentations of the truth, and the brutal condemnation of entire communities without just cause?”  Europe allows free expression but has certain rules against hate speech in hopes of preventing incitement.  In the United States, hate speech is protected by the 1st Amendment (and as an American I do believe that sunlight can be the best disinfectant against certain hate-filled, bankrupt thinking and intolerance) but it does not protect against hate speech that directly leads to incitement of violence.  The role of They Can’t in the fight against anti-Semitism is to raise this conversation of what is and is not acceptable, and to help social media outlets like Facebook and YouTube strictly enforce their very specific policies against hate speech through monitoring and call-to-action campaigns. They Can’t will ask, with the support of thousands of members of its community, that objectionable, hate-ridden content be taken down.

It is all of our hopes that a new generation of people who will demonize the Jewish community and incite violence against its members will not arise with instant access to certain mythologies.  Critics of various Jewish groups claim these organizations are attempting to limit their free speech.  They Can’t asks, “should we not argue against those views of Jews as trying to manipulate, dominate, and harm a society have lead to direct violence against the Jewish community, not only in the years of WWII but in countless societies throughout the ages?” It indeed should not be on Facebook or Google to choose sides in a debate or fact check for us what is right or wrong.  But They Can’t argues it is incumbent upon these social media sites to create a safe environment for its global community and not allow their platform to turn into a breeding ground for blatant ugliness and violence.  There is a reason why pornography, snuff films, and instructional videos on how to make bombs are not allowed on social media sites.  Facebook or Youtube are not the Wild West and there are rules and regulations to follow in choosing to be part of a community.  Disagreeing with Israeli policy for example is one thing, and is certainly acceptable.  Claiming Israeli Jews are murdering Palestinians to harvest their organs is quite another, and certainly leads to no other place besides confrontation between the two communities.

We have seen how the internet and social media have been successful at helping spread information and sadly misinformation faster and more efficiently than at any time in human history.  Some individuals are going to push the boundaries of their right to free speech within our open societies, but should we sit back and allow our feeds to be dominated by lies that we’ve repeatedly seen lead to violence?  As a response, should we not be willing to hold up and help enforce the fine print of Facebook and YouTube’s policies against hatred as not only our right as users and citizens but also our obligation?  These are the questions They Can’t continues to pose to the Jewish community across the globe. They Can’t has been responsible for reporting and ultimately shutting down tens of thousands of sites and user accounts that spread hate speech.  It has also been responsible for the removal of thousands of videos that justify and incite violence against Jews.  As we mark another year of remembrance, Roth says, “it is incumbent upon us to not only understand the challenges ahead, but respond to the threats with action.”

Taking the Antisemitism Task Force to the next level

Fighting Incitement on Social Media, “They Can’t” Gets 40,000 Hate Videos Removed From YouTube